Suppressed Sins From the Past Haunts A Family Decades Later

On February 3, 2021, it was the #1 Best Seller on Amazon in two categories – Crime Action Fiction and Contemporary British Fiction, respectively.

(Nearly 2,000 copies were sold on that day via Bookbub promotion) 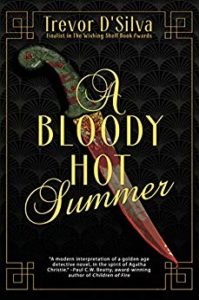 It’s 1927 and Great Britain is sweltering in an unprecedented heatwave. On the morning after her eightieth birthday party, Lady Fitzhugh is discovered bound and butchered in her bed, with her family and staff the prime suspects…

Whilst holidaying at nearby Meadowford Village, Detective Dermot Carlyle is asked to help investigate the brutal murder. The clues all point to a robbery gone wrong, but Dermot suspects that there is more to the horrific crime.

The Fitzhughs’ secrets take Dermot along a path linking some of the biggest events of the British Colonial Empire – from India to Africa, to the dark days of the Great War itself.

As more murders take place, Dermot is racing against time to discover the killer’s identity. What are the family hiding, why did Lady Fitzhugh have to die, and what horror was committed in the colonies that led to this trail of death and deceit?

It is also available as an audiobook on iTunes.

Above all, PLEASE leave reviews on Amazon, B&N and on Goodreads. Thank you!

In addition, you can also get the book directly from my publisher Black Rose Writing. Please click here

These websites below also carry my books. Please click on them and it should take you directly to the page where the book is listed. It is listed in currencies ranging from American and Australian Dollars, British Pounds, Indian Rupees, South African Rand and Euros. Therefore, please use the website that best suits your needs.

AWARDS for A Bloody Hot Summer 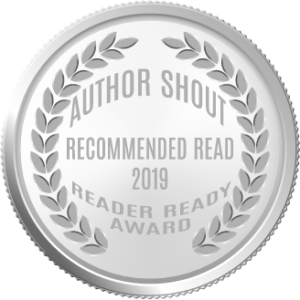 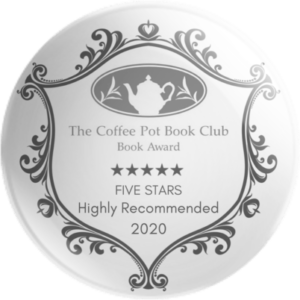 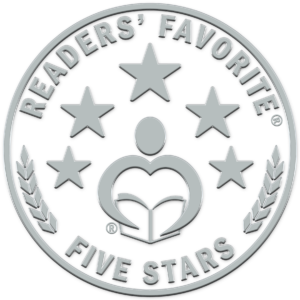 REVIEWS for A Bloody Hot Summer

A Bloody Hot Summer offers a fine influential mix and feel of two of England’s most famous literary giants. The Dickens-like introduction immediately releases mystery and flashes the twists to come. An intricately laid out cast of characters is introduced with purpose and the flavor of Sir Arthur Conan Doyle fitting each one into the puzzle.

Classic storyline points are used in a learned and sharp approach and are mixed with circumstantial origins and family history that helps to shift speeds in well-pace moments. This book brings the reader back to a time when intrigue and crime were fresh subjects for consumption.

Sublime Line: “A Bloody Hot Summer is a fantastic visit home to the style and genre that made mysteries ever so intriguing.”

I do enjoy a good murder mystery. And this is what A Bloody Hot Summer is. Set mostly in England during the 1920s, it kicks off with the murder of Lady Fitzhugh, a murder Inspector Lester Enderby and the younger Dermot Carlyle must try to solve. What follows is a cleverly interwoven plot involving a number of well-developed secondary characters and a vividly described historical setting.
Although not overly long for a novel of this genre, the author works hard to ‘pack a lot in’! I particularly enjoyed the chapter called Revolt in Kamalpore. This historical/geographical twist to this very English novel added further mystery to the story as I attempted to work out how everything fitted in.

All in all, it’s a solid story, well-crafted and well-planned. Also, I congratulate the author not only on his excellent attempt at showing Cockney and Scottish accents but also at having the intelligence to put a glossary at the end to help any confused readers.

I would recommend this book to anybody who enjoys a good historical murder/mystery. I saw, at the front of the book, the author thanked Sir Arthur Conan Doyle for inspiring him. Well, this novel reflects this and has many aspects of Doyle’s work within it. Although it’s not up to Doyle’s level in terms of plot complexity, I could imagine anybody who enjoys Sherlock Holmes enjoying this too.

It is 1927, and Fitzhugh Manor swelters in one of the hottest English summers on record. Built in the time of Henry VII, when the king gifted the estate to Jeremiah Fitzhugh for his services as a knight, the Fitzhugh family has seen much of history through the windows of their manor. Catholics, they had made a sham of being good Protestants while adhering to the old religion, in secret, while Queen Elizabeth I was on the throne.

When Cromwell was Protector, they became Protestants which they remained to this day. The brothers William and Theo Fitzhugh were both at the revolt at Kamalpore during the Indian Rebellion in 1857. Lord William Fitzhugh served in the Boer war, after volunteering late in life. Since his death, his daughter, Lady Doris, now heads the family.

On the day we meet all the current residents and servants of Fitzhugh Manor, preparations for a grand eightieth birthday party for Lady Doris are in hand. But relations, guests, not even the manor’s servants, anticipate that before the following sunrise, Lady Doris will be found viciously murdered and an emerald necklace, a valuable heirloom, stolen.

Her death will bring the holiday of Scotland Yard Detective, Dermot Lucian Carlyle to an abrupt end, as he is drafted in to support the local police in dealing with such a high-profile murder. It seems that there is plethora of clues, but it is not until Dermot starts to connect the past to the present, that patterns emerge.

To Sum Up: “A modern interpretation of a golden age detective novel, in the spirit of Agatha Christie and other writers of crime of the interwar period. A very satisfying homage.”

Paul C.W. Beatty is the award-winning author of Children of Fire and member of the Crime Writers’ Association.

Montreal Times (Note: Please scroll down to page 20 to read the review by Mr. Stuart Nulman, columnist at the Montreal Times. However, unfortunately, the wrong cover [Fateful Decisions] was put there. But certainly the review is brilliant and is for A Bloody Hot Summer)

If you prefer, you can also go through Amazon and buy directly with ONE click. You can also SHARE with your Family and Friends!